Welcome to our new, flame war free forum. If you're a guest, why not sign up for free now and join an ever growing community of friendly people to chat? If you are already a member, welcome back to the forum and thank you for signing up! Let the posting begin!
Log in
Latest topics
» Nerd-Soup

» Try and get this place rolling again?

» What song are you listening to right now?

Who is online?
In total there is 1 user online :: 0 Registered, 0 Hidden and 1 Guest

Doctor Who: The Fallen One

Doctor Who: The Fallen One

Doctor Who
The Fallen One

Gallifrey, The Middle of The Time War
“So, Vallyard, do you having anything else to say?” spat The Lord President.
“Nothing, Lord President. Is The Doctor here?” the tall man chuckled.
“He is away, dealing with events in the edge of the Mutal Sprial Galaxy. Do you have any words for yourself?”
“Yes, I have. Tell The Doctor this, He hasn’t got rid of me yet. The Doctor will perish! I shall take his body!” The guards dragged the Vallyard away. They say that his mad ratings could be heard on the other side of the capital…
Shada, Prison Planet of The Timelords
“Let me go you fools! Don’t you realise who I am?” The Vallyard’s brain was working. How could he get out of here?
“Yeah mate, we know who you are. Now get in!” The guard forced him into the chamber. The Vallyard ran for the door but it closed before he could get to it. The heard some form of locking mechanism locking then silence. He sighed and looked around the cell. It was completely white, even the carpet was white. There was a bed in the corner and that was it. The Vallyard sighed and sat on the bed. He waited.

24,000,000 years later…
The door to the cell swung open. The person inside opened his eyes slowly. His face looked ancient. His hair had gone white and he now had a long white beard which stretched from his chin to his stomach. A figure entered the room. The creature was tall, thin and bony. It’s face looked like a hollowed out husk. It’s spoke.
“You will come with us…” the creature said. The man on the bed blinked, then got up slowly.
“W-who are you? I presume your-”
“We are The Silence.”
“Ahh, good. I was expecting you.”


Time Space Vortex
The Doctor sighed and sat down in his chair. He closed his eyes and began to think. Amy and Rory now thought he was dead. For there own good. He knew it was. He rubbed his forehead and got up from the chair. He was in one of his favourite rooms in The TARDIS. The décor of the room looked like that of an 18th century bedroom but it was not. It was in fact a storage room, where The Doctor kept some of his things. He went over to an old truck and slowly lifted it open. He smiled. Inside the truck were items from his various incarnations. He took our an old, slim walking stick, then a small recorder. Around the recorder was a Bowtie. The Doctor laughed out loud.
“I really don’t change that much do I?” His hand delved further into the trunk. He next brought out a red smoking jacket. The next item was a long scarf with a small paint and brush pin attached. After that came a red and black jumper, a cat badge, a question marked umbrella , a pocket watch , a leather jacket and finally a pair of converse shoes. Smiling to himself, The Doctor put all the items neatly back in the trunk before closing it. He made his way back to his chair, when he heard a sound. He blinked. Not again…
“The Cloister Bell. “ he muttered to himself. He walked to the door and pulled it open. He ran down the corridors until he found himself in the cloister room. The room has degenerated further since he had last been in the room, some centuries earlier. The wall creepers now covered the floor as well as the walls.
The bells boomed around the walls. The Doctor put his hands to his ears.
“I heard you alright! What’s up old girl eh?” The bells still kept ringing. The Doctor sighed.
“Okay, okay I understand.” The Doctor ran out of the room, nearly tripping over one of the creepers as he did so.

Silence Ship, Interstellar Vortex
The Vallyard sighed and looked at the Silence.
“So, what will this machine do?”
“It will regenerate your genes.”
“How can I be sure that I can trust you?”
“We are working towards the same purpose That is why we have allied ourselves with you.” The Vallyard didn’t trust the Silence. He had heard of them but he wasn’t sure if he could trust them.
“Do it now Vallyard…” The Vallyard sighed and slowly lifted himself into the machine. It was coffin like in appearance with several dials on the side of the coffin. One of the Silence indicated towards another who was stood by a lever. The Silent pulled the lever and a lid fell from the ceiling onto the top of the coffin sealing it.
“Now for the first stage of our plan…”
Part Two
The Doctor stumbled around the console.
“What t-? Calm down old girl!” The Doctor grabbed hold of the console before being thrown against the wall of the console room.
“Ouchy, ouch..” He stood up and wobbled towards the console. A voice came over the sound system.
“S-I-l-e-n-c-e W-I-l-l F-all……” the messages came in scrambled bits but The Doctor understood it.
“Oh no. It can’t be…” The Doctor ran round to the other side of the console and began pulling levers and pressing buttons.
Silent’s Ship, Interstellar Vortex
The Vallyard’s coffin rattled. The Silent by the coffin nodded to another Silent. This Silents pulled the lever and the door to the top of the coffin was lifted off. The Vallyard rose out of the coffin looking several thousand years younger.
“W-what is that machine?”
“It was found on Shada. It was a back up drive of information to the Matrix on Gallifrey. It has given us information about your attempts to destroy The Doctor. “
“I thought you knew everything already…”
“We had heard of you but we did not know the full extent of your. power in reference to The Doctor. We also know now that Timelords can be trapped in a Matrix.” The Vallyard grinned.
“What are you suggesting?”
The ship flew on through the Interstellar vortex. 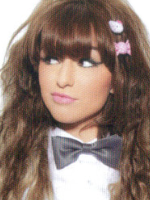 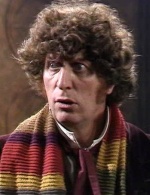 Thanks Scary! Glad yah liked it!